It’s been a thought-provoking week in the world of crypto with some exciting developments that’s sure to make for some stimulating conversations. Paypal completes UK crypto rollout; Binance under investigation amidst market manipulation scandal; Paraguay eyes Bitcoin adoption; and Hungary unveils statue of Bitcoin creator Satoshi Nakamoto.

PayPal explained that the crypto service in the UK is provided by PayPal Europe S.à r.l. et Cie – a credit institution that falls under the supervision of the Commission de Surveillance du Secteur Financier, Luxembourg’s financial regulator. Noting details of the rollout, PayPal added, “You can buy, sell and hold cryptocurrency through PayPal’s cryptocurrency service, but you can’t use it to send cryptocurrency. Purchases and sales of cryptocurrency aren’t reversible and cannot be changed.”

Plans are in place for PayPal users to transfer crypto to third-party wallets in the future, although nothing concrete has been outlined. Wisly will keep you updated on the latest.

Binance US under investigation amidst market manipulation scandal

The world’s biggest crypto exchange, Binance, has come under scrutiny over possible market manipulation and insider trading. According to recent reports from Bloomberg, the US Commodity Futures Trading Commission (CFTC) has stepped up its investigation of Binance US for suspected market manipulation.

A recent Tweet from Bloomberg Crypto stated, “US authorities are examining possible insider trading and market manipulation at cryptocurrency exchange Binance.” While Binance has maintained its innocence and reiterated its strong stance against misconduct, regulatory authorities in the US have decided to intensify their probe regarding the crypto exchange’s role in allowing insider trading and market manipulation.

A statement released by Binance affirmed that the crypto exchange does not tolerate insider trading and follows a strict code in order to curb such misconduct that can be harmful to clients of the exchange, as well as damaging its own reputation. However, anonymous Binance insiders have chipped in and revealed that the probe is being made confidential, and the security team of Binance is careful not to allow illegal deals from occurring with any malefactors being held totally responsible for their actions. Wisly will get you up to speed with the very latest.

His latest social media activity shed some light on the matter as he voiced his support for Bitcoin through a tweet, “If we run for the presidency in 2023, #Bitcoin is official currency!” Recent efforts to legalise Bitcoin in the country pointed towards crypto regulation as opposed to adoption, as outlined in a translated clause of Article 14 of the proposed bill, “The Virtual Assets trading entities must inform the acquirer of the trading conditions with Virtual Assets, expressly notifying that the virtual assets are not recognized as legal tender, therefore, they are not backed by the Central Bank of Paraguay.”

The confident congressman has been bullish on his stance, however, and wants to make Bitcoin legal tender in Paraguay – should he come into power. The national currency, the Paraguay Guarani (PYG), has struggled against inflation for almost 80 years and Rejala wants to explore new avenues to stimulate its economy. Bitfarm Ltd, a Bitcoin mining company, recently signed a long-term lease to secure green hydroelectric power for Bitcoin mining activities – a powerful hint of what the future holds. Keep an eye on Wisly for the latest developments.

Hungary has unveiled a statue in honour of anonymous Bitcoin creator Satoshi Nakamoto. This initiative aims to create awareness for cryptocurrencies in the country. While Nakamoto’s legacy has continued to gain traction across the globe, the Bitcoin hype hasn’t really taken off in Hungary.

The imposing bronze statue of Nakamoto was erected in Budapest and sits atop a stone plinth with his name engraved on it. Not to be outdone by Kim Kardashian’s Met Gala outfit, the statue has a featureless face wrapped in a bronze hoodie that has the Bitcoin logo engraved on it. Astonishingly, the face is heavily polished to represent a mirror that shows the reflection of the viewers – a well-thought-out idea that reminds viewers that they play just as important a role in Bitcoin as Nakamoto did.

Gergely Réka and Tamás Gilly – the sculptors of the statue – said that the reflective face is meant to capture the mantra of “We are all Satoshi”. Nakamoto’s statue sits amongst statues of other global icons such as Steve Jobs. This certainly is great news for Hungary and its citizens as it offers a unique attraction and reminder, while crypto enthusiasts have something new to mark down on their bucket list – a visit to the crypto creator! 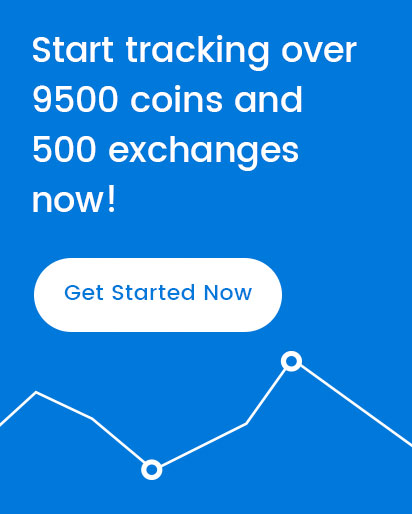